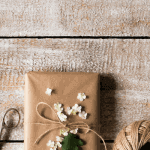 Christmas shopping stressing you out? We asked a few of our in-the-know foodie friends what they are asking Santa for this year so you can buy the epicurean in your life something that they’ll genuinely love this holiday season.

When I was back in Canada over the summer, all my relatives had egg muffin makers in their kitchens. I initially scoffed at the thought of such a device, then I tried it. Never have I been so mistaken. A crisply toasted muffin with impeccably runny egg emerged in exactly five minutes from this device, which can only be described as pure genius. At no time have I ever cooked and assembled a breakfast sandwich that was as proportionally perfect and blow-me-down delicious. My fellow Canucks tell me they have to limit themselves to using it once a week, and now that I’m a convert, I consider this an extreme use of willpower. Now, being in the land of big kitchens, they all had the double muffin device, but for my HK surfaces sake, I’m gearing up for a single.

Simon Wilson, Head of IMG Culinary Asia (and the man behind Taste of Hong Kong)

I love a gadget, and I love to BBQ at home (when I get to eat at home) so I want to up my steak game. This year I’ve dropped a million hints for a home Sous Vide Machine. The Sous Vide can help prep cuts of beef to finish on the BBQ. Failing that, it’s hard to go wrong with a nice bottle of whisky, I like Redbreast (Irish), the 21 year old is quite delish .

The best gift would be a donation to Foodlink, as just $6 buys a meal for someone in need. And if you have any budget left over, I’d like a bottle of vintage Krug!

I’m mildly (okay, very) obsessed with food, so this year for Christmas, I’m hoping for either a really festive gift hamper, complete with wine, cheese, and all the delicious goodies one would expect to celebrate the holidays, or a special dinner out at a place I’ve never been. If it’s the latter, I’d like it to be with friends who make me laugh and who enjoy stuffing their faces as much as I do.

This year I’d like that ridiculous but fancy pink Himalayan salt set, with grater and all, sold at Lane Crawford and Woaw store, but a nice bottle of wine is also always a good idea.

If I had any friends stopping by Singapore, I’d make them grab me a bag or several of Irvin’s salted egg fish skin (it’s only available there). Failing that, I’d like the entire wheel of four-year-aged comte at Four Seasons Hong Kong.